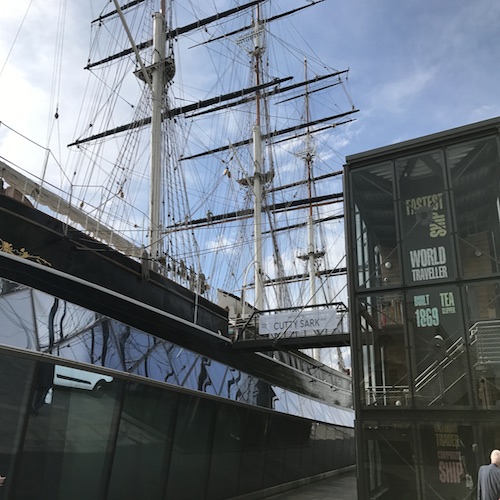 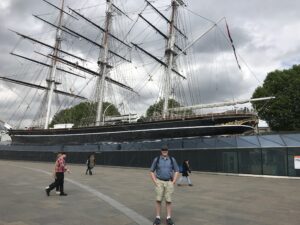 While in Greenwich I had the opportunity to visit Cutty Sark–a shipping vessel used to transport goods for the British Empire in the 19th century. It was known for its long tenure of service, and for being one of the fastest ships in the world. Today, people can visit the ship as it is a museum located near the Greenwich Pier and Greenwich University.
Built in 1869 the ship was originally used by the English for the tea trade. However, with the steam ship gaining popularity and the opening of the Suez Canal, Cutty Sark was not in the tea trade for long. It was then used for the wool trade in Australia, before this too became dominated by steam ships. In 1895 it was sold to a Portuguese 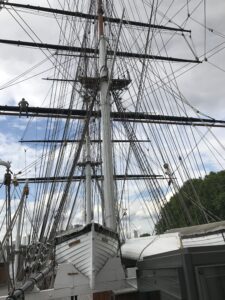 company and used as a cargo ship until 1922. The remainder of Cutty Sark’s career was spent as a training ship for both Portuguese and English sailors until she was retired in 1954. Cutty Sark is one of only three remaining clipper ships with original construction still in tact in the world. I learned about the preservation work that has been done to maintain Cutty Sark, as well as how it has survived two fires in recent times (2007 and 2014).
Cutty Sark was designed in all facets to be an imperial juggernaut. The ship was crafted with speed in mind, and its cargo area was designed for maximum carrying capacity. The ship illustrates what was important to England 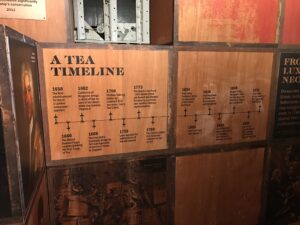 in the 19th century: money. By all accounts the ship was built to transport the most amount of goods possible in the least amount of time. Not only that, but they even minimized their labor costs. A look at their employment history over the years (in a display they had about A Sailor Life) shows that they employed a lot of young men as apprentices and only 2-3 mates with a captain for most of their trips. Everything about this vessel was done with money in mind. 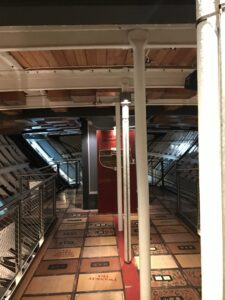 The ship reminded me of a conversation my Price Theory professor had with our class about economics. Economics is the study of decision making. Our job as economic thinkers is to determine rational, efficient outcomes. But we do not make value judgements. There are many times when the efficient or rational thing to do may not map onto the ethics or morals of society. Economics is not a subject that wants or should be used to explain right and wrong–other classes at Carleton are where those answers lie. The economy is very powerful and has a huge impact on society. When we visited Liverpool, there was an exhibit there that illustrated how economic activity of the 19th century basically built Liverpool. All of their trade came from the happenings of the Empire. That does not mean everything that happened during those years was ethical. Going on the London Program and seeing exhibits on slavery, colonialism, and reading books about immigration and identity has shown me the opposite side of the coin so to speak–highlighting the impact eco 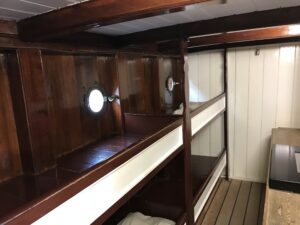 nomic activity can have that is not taken into account when doing a cost benefit analysis. It is experiences such as the London Program that my professor challenged us to seek out during our time as students, and one I’m glad to have learned.
If you want to visit Cutty Sark, check out their website and plan your visit to Greenwich today (Tickets were £11.50). They also have different events the public can attend, so check those out as well. I enjoyed the hands on experience and learned a lot from this outside the classroom activity. 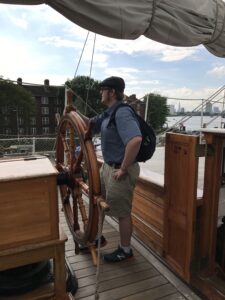